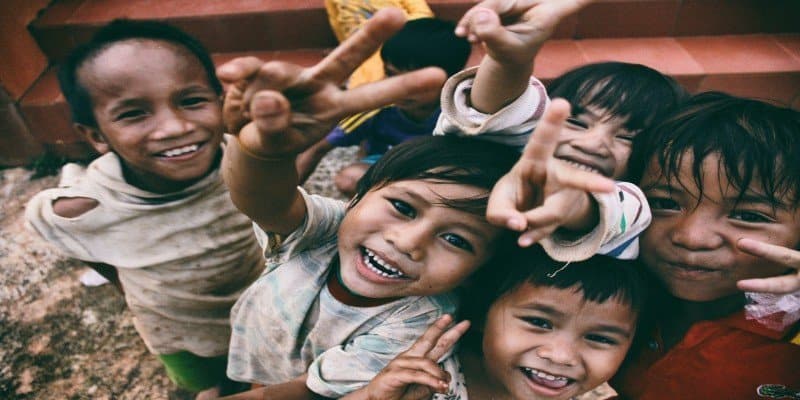 The main objective in most of the schools in Mexico I’ve had the opportunity to work for is to certify the language level of their learners. However, five years ago I decided that my goal as a teacher was to prepare students for life through an intercultural approach to language teaching. In order to accomplish this, I designed an EFL teaching-learning model that would enable them to develop the necessary competencies to become functional in a foreign language in any socio-cultural setting, while at the same time empowering them through values to become responsibke individuals concerned about their context and environment.

I designed this model through an eclectic approach and it has been implemented in several levels including elementary, middle school, high school, and undergraduate students. I incorporated diverse learning theories, methods, and strategies into the language teaching-learning process based on different research studies, previous school experiences and the latest innovations. The model is based around three core elements: a Constructivist Approach, a Competency-Based Approach, and a “Principled” Communicative Approach, which is “the creative integration of meaningful communication with relevant declarative input and the automatization of both linguistic rules and lexical items” (Dörnyei, 2009). These three concepts are developed in class through different didactic strategies, including the “Whole Brain Teaching” method (Biffle, 2013) and the systematic use of technology.

Considering the aforementioned, the model could be described as a three-stage class, in which the Whole Brain Teaching method acts as an attention getter through positive reinforcements and the development of emotional and multiple intelligences. Collaborative activities, previous students’ knowledge, the focus on the process rather than results, life competencies, phenomenon based learning, a learning phase, and an acquisition stage characterize the teaching-learning process in this model.

The first stage can be identified as a language acquisition phase that focuses on a natural learning process, meaningful communication, and fluency. The Daily Goal is established and should be focused on developing Intercultural Communicative Competencies (ICC) and Life Competencies. However, the linguistic aim should also be implicitly integrated into the Daily Goal; this is one of the most difficult challenges for a teacher. The learning objective should establish the competence to be developed related to the linguistic aim. After establishing the Daily Goal, a 3-5 minute audio-visual resource is presented in order to discuss the main topic. Specific questions should be asked with the main purpose of obtaining students’ interest and enabling them to use the linguistic aim in context. This speaking activity is developed in pairs or groups and should be planned as an instrument to promote values, tolerance, and appreciation towards individual and cultural differences, conflict resolutions, environmental alternatives, among other things that would eventually prepare students for life through an intercultural approach.

Learners go through a language learning phase in the second stage. Explicit formulaic language input, controlled activities, and the focus on form is essential in this part of the lesson sequence. This is the moment where most of the textbooks can be used. It’s important to mention, that context should still play an important role. Isolated grammar or vocabulary exercises/drilling would not be as useful. “Conversational Shadowing” which is the act of listening and at the same time repeating, either completely or selectively as immediately as possible, is also used in this stage (Murphey, 2001). This strategy has been implemented with excellent results in Asia and the Middle East. It has been demonstrated that the systematic use of Conversational Shadowing improves: listening skills, pronunciation, fluency, internalization of grammatical structures, intercultural understanding, sentence complexity, intrinsic motivation, and socialization (Wiltshier, 2007; Knutson, 2010; Watkins, 2012, Commander, 2012; Shiota, 2012; Azimi, 2013; Nekoueizadeh, 2013).

In the third stage, we focus on a phenomenon based approach (problem, project, inquiry, task-based activity) related to the Daily Goal and at the same time to the linguistic aim. This activity is generally developed in pairs, groups or stations. Evidence includes discussion/debates, presentations, role-play, representations, graphic organizers (timelines, mind maps, conceptual maps, comparative charts, etc.), essays, video recordings, conflict resolution activities, real-life scenario activities, among other strategies. At the end of the class, the teacher and the group should come to a conclusion and give some final comments.

Technology is an essential element of the class and its three stages. We use apps such as Class Seesaw, Class Dojo, Tools, Popplet, Quick Voice, QR Reader, Prezi, and IMindMap. These tools are used in order to create a digital portfolio, record themselves, create graphic organizers, create presentations, scan QR codes to access online material, among other things.

As teachers, we have to deal, first and foremost with creating the connection between the competence we want to develop and the linguistic aim. The Daily Goal should be adapted according to the age, level, and interest of the group. For example, if my grammar focus is present perfect, I would establish the following goal for a group of high school or undergraduate students at an intermediate level:

Daily Goal: Students will be able to discuss and identify similarities and differences between a successful community such as Vauban in Freiburg, Germany and their own.

Evidence: Comparative Chart: Things that have or haven’t been done/created/established in each community. Video Recording: Explanation of the chart and discussion.

In conclusion, this model encompasses a variety of learning theories, methods, and strategies. It takes time, preparation, and practice in order to develop it efficiently in the classroom. However, once you master it, your students are not only capable of learning a second or foreign language, they are also being prepared to face complex intercultural environments and situations, to have diverse worldwide views, develop values and ultimately, make a critical contribution towards a much needed social integration.

Learning with Erasmus+ is a Lifetime Adventure! (Tips and tools to get the financial support you need)

Erasmus+ for Teachers: How to Fill in the Application Form for Key Action 1! (A successful example of EDP – European Development Plan)

Get the latest content delivered to your email. One or two articles per week. No spam ever.
Back to
Login
×
Close Panel